Before The Sun: Meeting Rudi 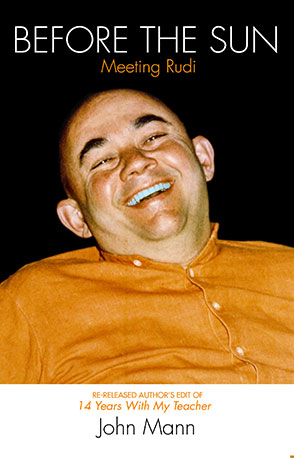 Before The Sun:
Meeting Rudi

Essential reading for anyone embarking on the spiritual journey. It reveals not only the essence of a spiritual relationship, but fills you with the immediacy, joy, and enduring hardship of staying on the path. This inspiring work has led thousands of people on the road to self-discovery. There is a reason you have found it. Let it guide you.

About “Before The Sun”

Albert Rudolph, affectionately known as Rudi, was a spiritual original, a maverick yogi whose teachings transformed the lives of thousands of emerging spiritual seekers. Before The Sun: Meeting Rudi chronicles the astounding day-to-day events by John Mann, one of Rudi’s first students who managed to survive the rollercoaster ride of studying Kundalini yoga in the tumultuous 1960s of New York City under the tutelage of arguably one of the most profound and adept masters of inner work. The book represents Mr. Mann’s experience as Rudi’s student and friend, taken as an indirect approach to the description of Rudi himself and what it was like to be in his presence.

The Backstory of the Second Edition 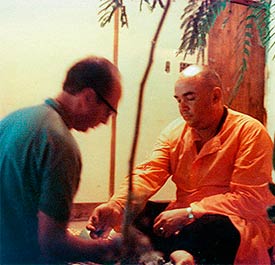 When Rudi: 14 Years with my Teacher by John Mann was first published in 1987, it was not generally known that a number of versions of the manuscript had preceded it. In order for the book to be published at all, the views of many people needed to be taken into account. In the process about 1/3 of the manuscript was eliminated. Newly edited and embellished to some extent, Before The Sun is John Mann’s “author’s cut”.

Rudi: 14 Years with my Teacher is arguably the best book out there that chronicled day-to-day events of what it was like to have been a student of Rudi’s from the very beginning. Not only does it tell the rollercoaster ride that the author went through, but it also explores the important teacher-student relationship that every aspirant must navigate in their journey of spiritual growth. Although long out of print, the book is still highly prized, and easily fetches upwards of $100 (and rising) on Amazon. 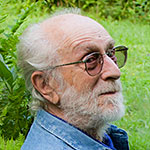 Says John Mann about Before The Sun: “This is the version which I had approved somewhere along the line of the varied history of the manuscript itself. It represents my experience as Rudi’s student and friend, taken as an indirect approach to the description of Rudi himself and what it was like to be in his presence.

“As I have read through the manuscript, in order to proofread the digitized version, I have occasionally been moved to add to or alter its content. It is not surprising that I should be moved to make these additions since approximately 30 years have elapsed since it was first completed.”

With the release of Before The Sun the fans of 14 Years will not only get to re-read this classic, but will find many new stories of depth and meaning that were deleted from the first edition. New readers — no matter what their tradition — will discover an extraordinary and riveting story about what it means to have a teacher of inner work.

Available as paperback and Kindle

There are two editions on Amazon of the book: paperback and Kindle. Both editions are replete with many images of Rudi through his lifetime, many of them never before seen. While the paperback images are in black and white, the Kindle version is filled with many images in color.