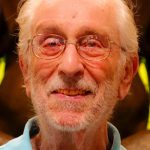 John Mann, the senior-most elder in Rudi’s lineage, left the world the morning of June 13, 2022. He would have been 96 on July 16. After Rudi’s passing in 1973, John purchased the ashram in Big Indian. John continued to maintain it until he decided several years ago to sell the land to the Bodhivastu Foundation with the vision that the land be held in trust as sanctuary for spiritual practice and growth. In honor and respect to John, Lama Rangbar of Bodhivastu will be conducting a Vajrasattva ceremony on July 24. READ MORE >> 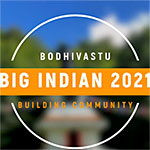 In 2021 the Texas crew, headed by Silver Ra, stayed a remarkable three weeks for not only restoration work on the Stupa (the ninth year), but to also immerse into ceremony and teachings. The video reveals how their connections continue to deepen and grow in profound and enriching ways. WATCH >> 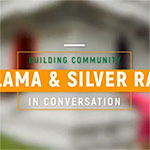 After the completion of the ninth year of ongoing renovation of the Stupa in Big Indian, Lama Rangbar and Silver Ra sit down together to review and compare notes how the work has gone way beyond restoration and repairs this year. Illustrative and insightful. WATCH >> 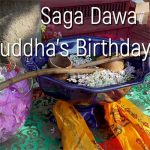 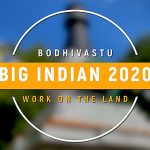 The continuing renovation of the Stupa of Intrinsic Transformation led by Silver Ra from Texas and the dedicated Stupa Crew has made monumental progress in repairs and restoration. READ MORE >> 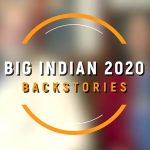 Lama Rangar and Sapana Shakya sit down to review the tremendous progress that has been made in Big Indian in 2020. The also tell us the backstories to the Stupa restoration work.. READ MORE >> 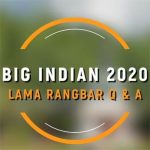 As soon as the Texas Team left to drive back home in August 2020 after the completion of Stupa 2020 work, Lama Rangbar sat down to give this intriguing and insightful interview…. READ MORE >> 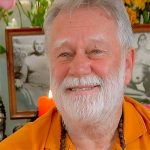 In honor of the passing of Beau Buchanan on January 12, we offer up this just-completed interview recorded more than a decade ago that recounts his deep relationship with his teacher that changed his life forever. WATCH >>

Dean Gitter, who recently passed in November, was one of the senior teachers at Big Indian, and was in charge of the ashram for a period of time before the ashram’s demise. READ MORE >>

After several decades of slow deterioration the Big Indian Rudi Shrine has received a new copper roof that was handcrafted by Ken St. John. He learned his craft from a master tinsmith back in 1929. After four months of work the shrine that covers the Rudi statue overlooking the Big Indian pond now shimmers on the hill. Says Bruce Denny: “This roof is our contribution to maintaining Rudi’s legacy for generations yet to come. This will last for maybe a hundred years, and we’ll be long gone, but this will be here.”..” READ MORE >>

The Rudi Movie is now available in HD streaming through Vimeo which makes it available worldwide at a very affordable price in gorgeous, high-quality HD playback on the desktop, mobile, tablet, and TV. The footage has finally been up-rezed to HD, and has received many months of intensive color correction and tweaking. The Rudi Movie will continue to also be offered on DVD. READ MORE >>